Just In: Pakistani wicketkeeper-batter Umar Akmal expressed his special bond with veteran Shahid Afridi in a unique style. The young star has revealed that he didn’t read the Contract paper with Jammu Janbaz while signing it, just because the league reunites him with his senior mate.

Both, Akmal and Afridi will be featured in the newly-introduced franchise Jammu Janbaz in the upcoming KPL 2. Umar Akmal, who has already joined the squad for practice sessions, talked to the news reporters on the sidelines of training camp.

Akmal stated, “I didn’t read my contract with Jammu Janbaz as Afridi had called me before signing. I always feel honored to play with Shahid Afridi. It’s my first KPL season, and I am super-excited about it. I will try my best to perform for my team.”

The 2nd successful edition of the Kashmir Premier League will kick start on 13th August 2022, whereas the Final will be played on 25th August 2022. All the matches of this event, including the Semi-Finals and Finals, will be hosted at Muzaffarabad Cricket Stadium.

Pakistan Cricket Board is the chief organizer of the Kashmir Premier League. The event features National and Local Cricketing Stars from Pakistan. The current edition of KPL consists of seven cricket franchises from different parts of Kashmir.

Rawalakot Hawks are the defending champions of this tournament. The team defeated Muzaffarabad Tigers by seven runs to claim the title of Champions of the first season of the Kashmir Premier League. 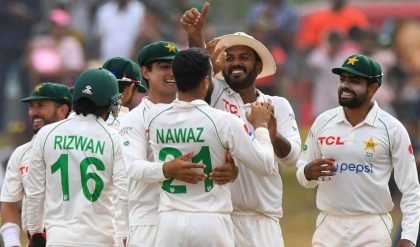 PCB increases Match Fee of Pakistani Cricketers across all Formats