Arch-rivals India and Pakistan will lock horns in the 2nd group stage match of the Asia Cup on 28th August 2022 at Dubai Cricket Stadium. The high voltage clash between Ind vs Pak has just not made the Fans rejoice but the Bookmarkers as well.

Even though a few days are left at the start of this most-storied clash, the predictions on who will be the winner of this match have already started, while cricket fandom has already announced their favorite sides as Winners of the Asia Cup 2022.

Pakistan and India only play each other in ICC and ACC events due to intra-country political and military tensions. The last time they played together was in 2021 World Cup, in which Men in Green defeated them by 10 wickets.

Team India has performed outstandingly in the running year. They have played 24 T20 Internationals after the 2021 World Cup and won 19 of them during the Home and Away series. Their most recent series victory has registered against West Indies by 4-1. 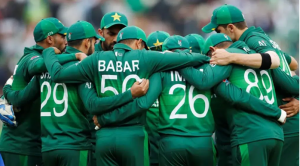 At the same time, Pakistan hasn’t played any T20 series this calendar year, though they toured different countries for the ODI series. Green Caps have recently completed 3-match series against the Netherlands, in which they clean sweep the host side by 3-0.

Because of that, Pakistan possesses an opportunity to surprise India with its rejuvenating performances. Nevertheless, both teams are back to playing with power-pack squads, and Dubai will witness something special on Wednesday night.

Team India holds the maximum jewels of Asia Cup’s Crown as they have won this tournament 7 times out of 12. Men in Green last claimed Asia Cup Champions title in 2018, when they defeated Bangladesh in the Finals.

Unfortunately, Pakistan hasn’t been able to such a great feat of victories in the Asia Cup, as they have won the tournament just twice. However, Men in Green hopes to regain lost Glory under the captaincy of its most successful skipper Baber Azam.

The odds of winning the match are overwhelming in Pakistan’s favor. Green Caps has defeated India in the last two meet-ups, and it could be their headmost boosting point in the upcoming match to enhance their victory.

India has several match-winning individuals who can spin the match with exceptional batting or bowling performance. Team India has the likes of Rohit Sharma, Virat Kohli, Rishabh Pant, Pandya, and Suryakumar Yadav.

India’s former skipper Virat Kohli will be the center of attraction during the 2022 Asia Cup. The right-hand batter has been passing through the worst lean patch of his cricketing career, and he would try to shred it against Men in Green.

The ace all-rounder Hardik Pandya has all cards in his favor as he has returned to sensational form. The young cricketer has scored 281 runs and taken 8 wickets in the last 13 games. His presence could damage Pakistan more than they expect from him.

Suryakumar Yadav has stunned the cricketing world with his exceptional expertise with the bat in the recent T20I series against West Indies and Zimbabwe. He will hopefully open against Pakistan on 28th August 2022.

In contrast, team Pakistan inherits the world’s number one batters and bowlers in their playing squad. And while Baber and Rizwan are obvious, Fakhar Zaman, Shahnawaz Dhani, and Mohammad Husnain will be the game-changer for Green Caps.

Baber Azam will be the main-batting hub for team Pakistan against India. The all-format skipper of the National Team ranks top in the ICC T20 batters rankings. His consistent and deliberate performances in recent series reflect his intentions for the Men in Blue.

Ace pacer Mohammad Husnain joins Pakistan as a replacement for injured Shaheen Afridi. The young bowler is capable of exhaling perfect deliveries at a high pace, though he lacks playing experience in International Cricket, which could benefit the experienced opposition.

Rizwan is another Pakistani batter who could be challenging for Team India to control. The batter has an array of shots to boost the tempo of an innings. It was Rizwan who partnered 152 runs innings with Baber to lead Pakistan in winning their first ever 10-wicket match against India. 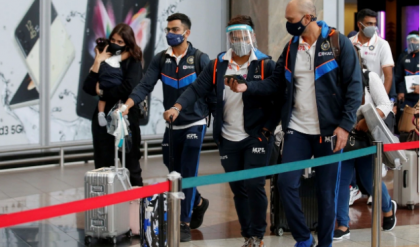