The money will be spent on the flood victims of Lower Dir and Swat. Naseem Shah, who named Pakistan’s match by hitting 2 sixes against Afghanistan in the Asia Cup, donated his bat to the Shahid Afridi Foundation. 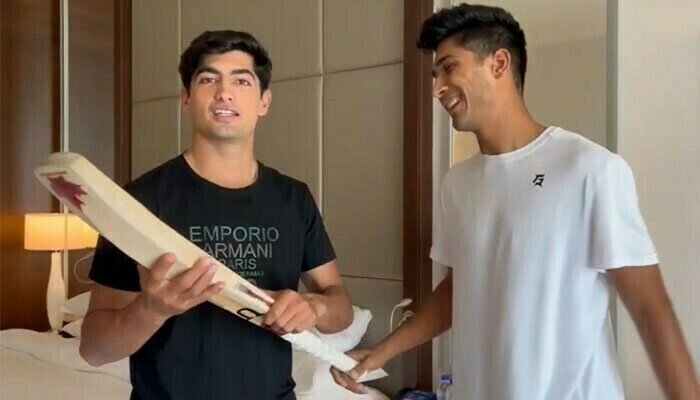 The proceeds from the auction of Naseem Shah’s beet will be spent on the flood victims of Lower Dir and Swat.

It should be noted that the bat with which Naseem Shah hit 2 sixes in the last moments of the game against Afghanistan in the Asia Cup was Mohammad Hasnain’s bat.

During the match against Afghanistan, Naseem Shah took that bat from Hasnain to play and then created history.

Mohammad Hasnain had gifted his bat to Naseem Shah and Naseem Shah had offered the memorable bat for auction.

After the match, Naseem Shah said in his interview that when he was batting in the last over, he was confident that he could hit sixes, as he also practiced for that at the nets.

Naseem Shah had said that in the last over he changed Hasnain and then this match became a memorable match of his career.